skip to main | skip to sidebar

Lizard in my kitchen 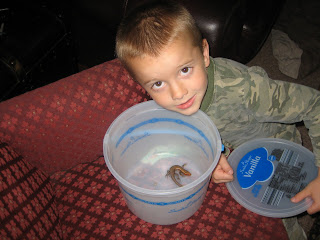 This little guy almost gave me heart failure, luckily, Noah is a master catcher. I was walking into the kitchen and saw it run across the floor. I was screaming Noah came running. I moved the stove out of the way Noah got in crouching attack position and caught it. Then the lizard decided he wasn't having any part of it so he bit down on Noah's finger. Noah was screaming I was screaming, I slapped it off Noah and then the hunt was on again. Noah caught it again and now it is living on death row. 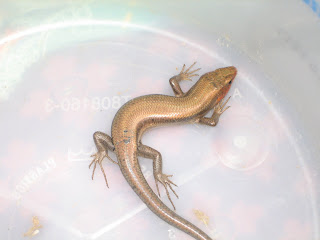 We laugh about it now but at the time there was a lot of screaming and Noah was mad at me because I told him lizards don't bit...oops! how was I suppose to know? I don't touch lizards:)
Posted by The lykable Lykins at 1:43 PM